Posted in: 12th House of Astrology

Twelfth house people are the kindest, most compassionate and sensitive people on this planet. From a young age, they often feel different from everyone else. Many twelfth house people tell me that they felt like they were an alien from a foreign land, because they never felt like they belonged here on this earth. I have heard similar stories from people from all over the world. Many people with twelfth house planets have told me that at some time in their childhood, they often wondered if they were adopted. They felt so distinct and different from their immediate family, that they would grasp at straws trying to figure out why they were so different. A common personality trait that all twelfth house people share is that they feel like they have something inside them and the way they perceive the world that is not like normal people. This uniqueness is something special, it’s true, they are not like normal people. They often feel like they are from another world.

They have to be careful how much they give energy and how much they can withstand, because by being selfless, twelfth house people often feel drained. They not only crave time alone, but it’s crucial that they make time for themselves to be alone. Being alone is not a bad thing for twelfth house people, they actually need this time to recover, recoup and re-emerge into the real world. This is why the twelfth house is often referred to as the house of escapism. The only reason we want to escape from the world is so we can find peace, connection and comfort. Twelfth house people love to be home reading a book, doing art, journaling, writing or listening to music. They love to sit in silence with their own thoughts, emotions and energy and they are completely fine being in the house alone for days. Sometimes they never leave the house unless they have to, and they are content with this. Many people don’t understand twelfth house people and why they withdrawal from social situations and family obligations. They often make excuses as to why they can’t go out to eat or attend a social event, because they know how they will feel once they are among others. They usually want to leave and return home to their private world.

Surrounding themselves around spiritual art and music brings comfort. Owning pets, like small dogs or larger animals such as horses, can be healing for them. Animals often become a surprise therapy pet for twelfth house people. Giving unconditional love is natural for twelfth house people and animals can be something that helps them survive the more difficult times in their lives.

I remember being young and for some reason I was always drawn to angels. I was obsessed with learning about angels and I collected angel figurines. Everyone knew what gift to buy for me for any holiday, or occasion, it was an angel. I never understood where this fascination came from. I was not raised to be religious. I had a natural fascination with mystical things and angels were one of those spiritual things that I was drawn to study.

Believing in angels, for me was protective. I felt like they were watching over us and ensuring we were safe and supported. When I had to go out into the real world, which I did not enjoy doing it was a little easier because I would think about my guardian angels being around me. Knowing this helped with my anxiety and fears. I felt invincible like no one could touch me or hurt me. I was naïve because I believed that angels were there all the time to help me. Sometimes when we pray, we don’t immediately have answers. I finally learned that sometimes the universe sends people as “angels” to assist us and support us. Angels in human form. These people often have twelfth-house planets.

Twelfth-house people are what I call, “fallen angels”. It’s like they fell to earth, to a foreign land. They wander weak and weary wondering why they are here. They question who they are. They feel disconnected at times from their environment as if they are living in a dream. When they are with groups of people they can dissociate from their physical body and feel like they are an observer, like the world around them is a movie. I remember this happening to me all the time and it was so hard to explain this experience to anyone. Sometimes when they walk, they feel that they are walking on air and that their feet are not placed firmly on the ground.

They often feel like no one understands them until they find their spiritual circle and group. That is what they are seeking deep inside their hearts, they are seeking other people who are just like them. It might take them a while, but they will find them. They need a spiritual support system in their lives to help them achieve the goals they choose to accomplish this lifetime. Twelfth-house people are here for a purpose. Sometimes this purpose is forced upon them, and the universe strips away from them the very things that they love and cherish. Through these difficult experiences they often feel that they have to sacrifice themselves, their feelings, and their emotions for the greater good. A greater lesson is that they learn that they sometimes have no choice, but to let go.

Twelfth house people are giving and enjoy healing others. They like to feel helpful and to serve those in need. That is why many twelfth-house people and people with Pisces energy are drawn to the helping professions such as psychology, social work, counseling and spiritual advisors. They like to listen to other people’s problems, and they have such an empathic and strong listening ability that others are drawn to them. They can listen to others and offer a kind word and validation because they truly feel other people’s pain. They put themselves in other people’s shoes fully. If someone begins to cry, then tears will swell up inside their eyes and they will cry too. They absorb other people’s pain, which makes them spiritual healers. There is a price to this ability because sometimes they neglect themselves and avoid their own self-care.

When planets are placed in the twelfth house, I see someone that wears their heart on their sleeve. There's a very strong, compassionate nature that is otherworldly, just like the traits of an Angel. They often take on other people’s pain, karma, and burdens. Walking around on the earth as empaths absorbing all the dark, painful emotions of humanity that surrounds them.

People with planets in the twelfth house often ignore themselves especially when they love someone or when they care about someone. And that's the natural energy of this placement. It's not that they choose to do it. It comes naturally to them to focus on other people and to care about their friends and their family. Twelfth-house people forget themselves in the midst of helping. And they're meant to do that. They're meant to help others, but they need to have a good balance because the lack boundaries between themselves and other people can cause them pain and suffering. They can be so selfless that they get taken advantage of by those they trust. They can be wounded by selfish people who only take and never appreciate or give back to them. This is why the twelfth house is also known as the house of suffering. Feeling used, tossed out, abandoned and betrayed is often a twelfth-house experience. This happens because twelfth house people see other people with rose-colored glasses and they are so innocent they believe that other people are like them, and that is the greatest lesson to learn. The fact is most people are nothing like them and are incapable of the kind of love and sacrifice that they can give to their fellow man.

Even Angels need time away from people to recharge and recuperate their great amount of healing energy. Twelfth house people are truly angels on earth, fallen angels who wander here helping everyone that crosses their path and blessing others with their vast amount of kindness and compassion. The world needs them, and they are the shining lights in the darkness who show those who are struggling that there is a glimmer of hope. That glimmer of hope is the fact that twelfth-house people exist in this mundane world. They walk among us.

We need twelfth-house people to be strong, to take time to withdraw from the world so they can go back out into the real world and serve those who need them. This is when they will feel that they are meant to be here in this world. They will begin to realize that they are fallen angels, they are not where they are used to being and they know it’s hard and cold here. They begin to realize that they chose to fall to earth, to be a support and a light for others. Uniting sun sign personality traits with the astrological power of the twelve houses, this book teaches you how to accomplish three important things: transformation, healing, and resiliency.
Read More
About the Author

Carmen has been researching the eighth and twelfth astrological houses for the past 25 years. An eighth and twelfth house person herself, she has personally experienced the energies and lessons of these two very spiritually transforming houses. 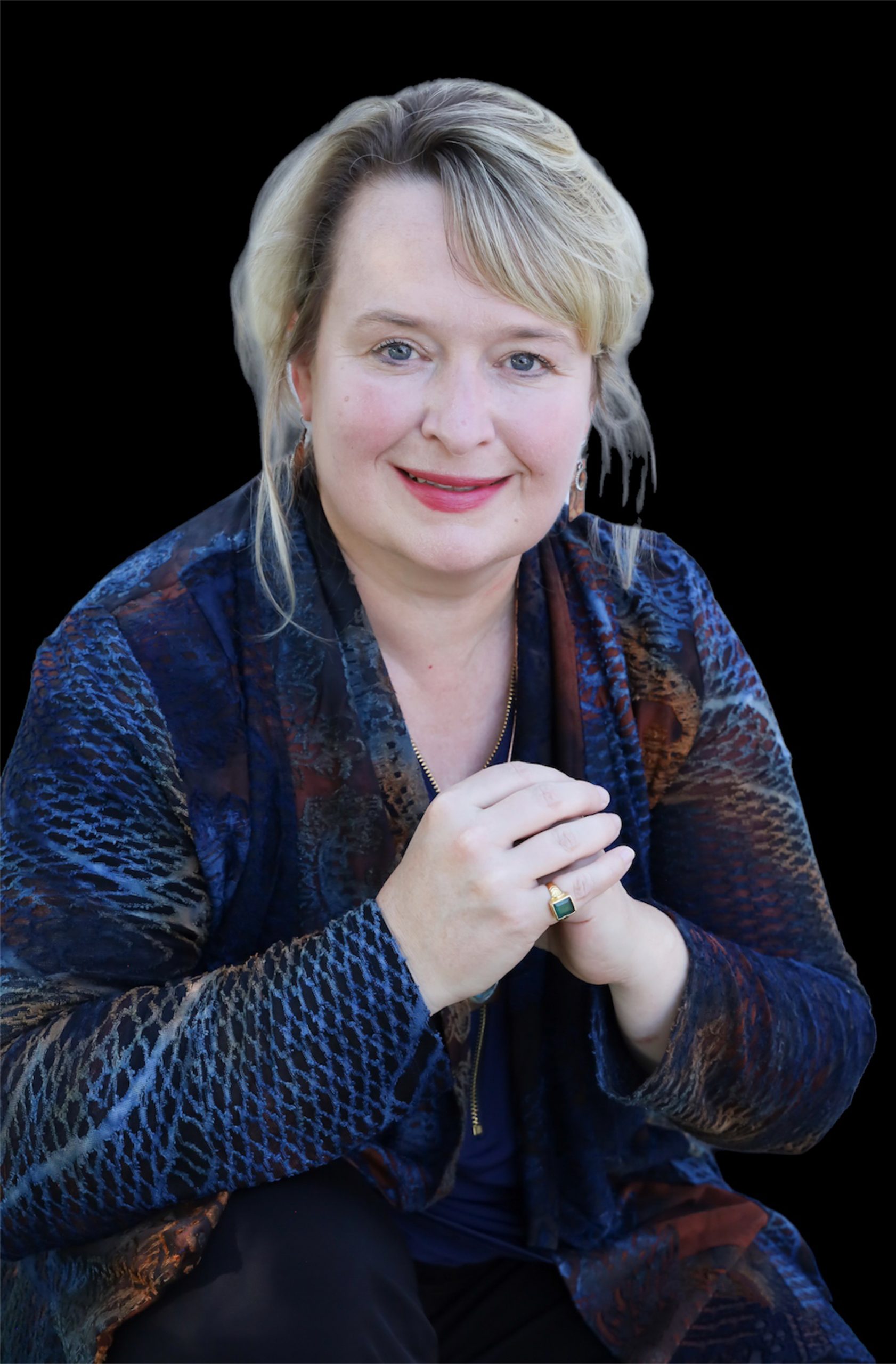